The PATHS Atlanta Kung Fu of today and the PATHS of its founding in 2007 are two very different animals.

Sifu Kiessling‘s Northern Shaolin Kung Fu classes of yesteryear and the classes of today are vastly different as well.

And the journey from there to here was long. But at least it’s interesting. 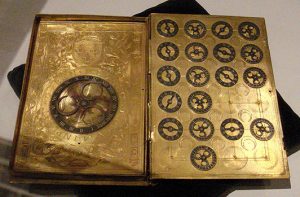 Way back before Sifu Kiessling began teaching Northern Shaolin Kung Fu, he was a student.

He learned, studied and trained Northern Shaolin Kung Fu, with his brothers & sisters, under the guidance of their teacher.

From Florida to California to North Carolina, the teacher taught. And then he came to Georgia, being the first to bring our style of Northern Shaolin to Atlanta; first in the southern tip of Sandy Springs and then later much farther north in Alpharetta.

Before moving back down to Florida and before Closing his Hands in retirement, Sifu Kiessling’s teacher taught him some refined (and quite interesting) methods of just how to pass on the knowledge; of how to teach.

The idea was to test the ropes with teaching alone (previous teaching was done under his Sifu’s watchful gaze or as Kung Fu Senior Student). Studying at the community college, he thought this would be the perfect place to give it a go. After creating a very amateurish cut-and-paste (old-school – literally cutting with scissors and pasting) flier, he posted it everywhere he could on campus.

His hopes were that higher-level martial arts practitioners would want to join up and have an exchange of sorts – methods and tactics of martial arts conditioning, drills, applications, forms, physical exercise regimen, philosophy and of course the exchange of hands as well (light, friendly sparring).

This would increase his knowledge and experience as a martial artist in general and when it came time for him to give back in the exchange, he could practice his teaching techniques.

This led to making many new friends, learning new styles, progressing as a martial artist and refining the craft of teaching Kung Fu.

UGA - The Move to Athens, Georgia

After receiving permission to teach Northern Shaolin Kung Fu, Sifu Kiessling moved up to Athens, Georgia, around 1993, to continue his studies at UGA (the University of Georgia).

Beginning in the dormitory study-rooms, Sifu Kiessling began to offer Northern Shaolin Kung Fu classes. From there, the classes often moved around, trying to find the best location. University Gardens, City parks, rooms in the Student Center, on the lawn in front of the Main University Library, a room above the University Radio Station and more…

There were brief interludes of breaks from studies and drives back and forth between Atlanta and Athens. And then Sifu Kiessling decided to live in Athens for awhile, regardless of attending school. Working and living there, he moved into a Duplex and began teaching many mornings and nights per week, offering morning Kung Fu at his home and evening classes on campus.

During this time, he created what was called The Gate of Life, a branding rich in metaphor, such as the concept of training in the Traditional Chinese Martial Arts being like a gate to a life, with more depth, but also the concept of the 命門 Mìng Mén / Meng6 Mun4. This is an acupuncture point used in Traditional Chinese Medicine (TCM), as well as a focal point in other practices.

The problem came shortly after the marketing materials were done up and put out with this new branding… The Heavens Gate mass suicide (can you believe they still exist?!?)! So we had to scrap that name fast, as we didn’t want any sort of association with that.

Years, later, Sifu Kiessling moved back to Atlanta, conducting classes in the Roswell (where he grew up!) and Dunwoody (whoops! it looks like it’s now part of Sandy Springs!) areas of Atlanta. Specifically, he taught at two main parks, both along the Chattahoochee River National Recreation Area. Azalea Park (which we might have called Duck-Poop park…) in Roswell and the Island Ford park in Sandy Springs became our next home for practicing Kung fu.

Classes in these lovely outdoor locations went on for several years. And then Sifu Kiessling took a break for a bit. And moved to Downtown Atlanta. Yes – this was during the time of the Olympics. And the bombing.

And then, because both of his parents were quite sick and he needed to, unfortunately, move them into retirement homes, and so he moved to be closer to them. And unknowingly, moved onto the property of one of his ancestors. In the heart of Buckhead. Soon after, he created the Buckhead Kung Fu Center.

For years he taught in the heart of Buckhead, Atlanta. Although by this point classes were no longer paid only in blood, sweat and tears, some did not have the effort, energy nor time. This, along with other lessons in the art of teaching to an evolving student-base, taught him much…During this time he also began to offer value-exchange. Someone who could not afford the classes could still learn and train, so long as there was an Exchange of Value.

Being in the heart of Buckhead at its finest hour and on the border of Decatur, Georgia, Sifu Kiessling’s student-base began to pick up steam of an earlier pattern from Athens. Most were musicians, singers, artists and the like. One student traded Guitar lessons for Kung Fu lessons. Our social hours were music-filled to be sure!

Shortly after his father passed away, Sifu Craig Kiessling ended up in Singapore.

The short version is that it began as much-needed vacation. He quickly fell in love with the place and decided to try life there for awhile. Sifu lived there for about five and a half years. He mainly in Toa Payoh, but also lived in Bishan in the early days.

Working at Hewlett-Packard, Sifu was able to travel locally as well as internationally. During these travels, he met many different Kung Fu teachers, each adding more depth to his martial arts career as well as gems of wisdom in teaching Kung Fu.

Of course, living in a Chinese-dominated country, Sifu also became more familiar with the various Chinese Languages and Dialects, like Cantonese, Hokkien (speaking of Hokkien, check out this cool Wikipedia article I found on the “Hokkien influence on Singaporean Mandarin!”), Hakka and Teochew.

He might have picked up Majiang and some other things while living in Asia. 😉

Sifu Kiessling eventually came back home, after a quick stop in Exton, Pennsylvannia.

After a bit of couch-surfing, Sifu fell into his own and met up with some old students, friends and fellow-students.

He found, that while he was away, the senior students of Allen Pittman, had graduated and were now licensed to teach. Interestingly enough, one of these students was also Sifu’s students, whom Sifu had directed to Mr. Pittman during an off time of teaching. And Sifu Craig might have been fellow-students of them both, as a student under Allen Pittman, for both Baguazhang and Xingyiquan for a time. 😉

By this time, the new Xingyiquan and Baguazhang teachers had already been pondering over and came up with some ideas for how they’d wanted to run their martial arts classes, the costs, the locations, the class schedules… And the name.

And that name was PATHS Atlanta. “PATHS” stood for Physical Arts and Traditional Health Systems.

We had some BIG Ideas.

We planned to build a 501(c)(3) non-profit organization (thus the dot org at the end of our website address) to help not only ourselves to spread our respective styles / arts, but also for others to do the same.

One that might help fellow teachers in the area, who, like us, didn’t have the financial means to establish a physical school or practice or whatever you’d like to call it. We wanted to help the little guy, for pennies on the dollar,in all of their marketing and more. We’d give them space on the website, fliers, etc. and then teach them how to break off – build their own website, SEO, online marketing, etc. so they could thrive and make the Atlanta Kung Fu community that much stronger.

It went well. We joined various Small Business and Non-Profit groups, went to seminars, took notes and made plans.

But Life happened. Some of us got sick. Some had kids. Some just lost faith.

At a certain point we were down to three teachers and just focused on that: teaching our martial arts. And then there were two.

And we’ve been running it that way for several years now – two teachers – two styles – two locations, etc. In the beginning, we’d created interesting set-ups, so that students could cross-train with the various teachers and receive discounts. As time went on, though, and the number of options dwindled, we began to do our own things.

As you can see, we’ve been through some changes and we’ve been around. But Atlanta, GA has always been our home of homes.

And now we are in the Decatur area, convenient to MARTA, close to major highways, a couple of miles away from historic downtown Decatur Square and more.

As a matter of fact, we use to hold classes in Glenlake Park as well as on the Square in downtown Decatur!

We’ve been all over the map, but Atlanta has always been home and in the past ten years or so, Decatur is the specific spot of our Kung Fu-lerey :P. Good ole Allen Carroll is still teaching Xingyiquan (or curmudgeonly Hsing-I Ch’uan), so if you’re interested in that let us know and we can hook you up. David Jones privately teaches select students in Gao Baguazhang, but most of his time is dedicated to his career and family.

If you practice boxing without training the waist to be pliable, in the end you will never attain a high level of skill.