Sifu Craig Kiessling is a native of Atlanta, Georgia, having been born in Roswell. He studied Marketing at the University of Georgia and works in Search Engine Optimization.

Sifu Kiessling has lived in various places from Louisiana to Singapore and has been actively involved in the martial arts since childhood.

He brings over 20 years of experience as a Northern Shaolin Kung Fu teacher to PATHS Atlanta Kung Fu, as well as his studies in various other martial art styles throughout the years.

Sifu Craig Kiessling is also the sole person behind this website – the design, development, writing, SEO (Search Engine Optimization), etc. (he did the same thing for Hiyaa – the Martial Arts Podcast, his “day-job,” his personal website and other side projects as well).

He has enjoyed martial arts since early childhood. Sifu Craig studied Japanese Karate and Tae Kwon Do as a child and although it took some time for his persistence to grow, he quickly realized that he was in love with the martial arts. And that love affair continues to blossom to this day.

Sifu Craig Kiessling has given various lectures at UGA (The University of Georgia), appeared on Channel 11’s Noonday program (back when TV was a thing) and in various print articles, has been interviewed on several podcasts, co-hosted the famed Hiyaa Martial Arts podcast, and has given many performances and demonstrations around the world.

As a practitioner himself, he has competed, placed, and judged in various martial arts tournaments. 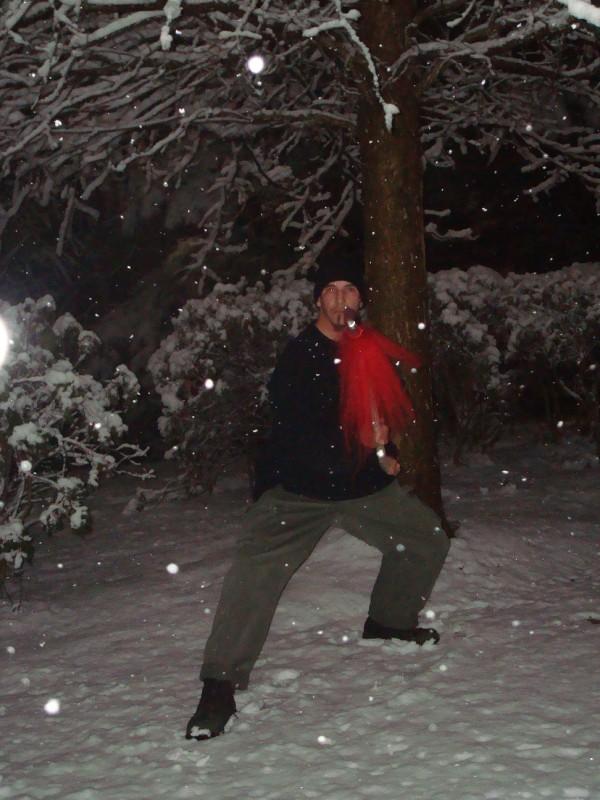 Sifu Craig has enjoyed the martial arts since childhood. He studied Japanese Karate and Tae Kwon Do as a child and although it took some time for his persistence to grow, Craig quickly realized that he was in love with the martial arts. And that love affair continues to blossom to this day.

Craig has given various lectures at UGA (The University of Georgia), appeared on Channel 11’s Noonday program (back when TV was a thing) and in various print articles, has been interviewed on several podcasts, co-hosted the famed Hiyaa Martial Arts podcast, and has given many performances and demonstrations around the world.

As a practitioner himself, he has competed, placed and judged in various martial arts tournaments.

As a lifetime student, Craig has also devoted time in Atlanta and South East Asia, (living in 大巴窯 Toa Payoh, Singapore for over five years) to gain exposure and experience in various martial arts, such as:

“Every time I see that light-bulb moment in a student, I’m especially rewarded for my teaching.”

He is passionate about teaching and it shows.

“Everybody gets personal attention and instruction. It’s all about personal progress – not some sort of competition, nor is adversely a group-progression kind of thing.”

One of the ways he brings his Kung Fu training to his teaching is by using Peripheral Vision. Often, while pacing among the students, giving corrections or more material here and there, he will stop, point to someone he’s not looking at and say “Lower your right heel,” or some other such advice. Not a boasting of skill, but rather an every-class admittance to his care for every student to make progress.

What to expect in a Sifu Craig Class?

Every class has traditions. It has physical exercises. It has Qigong. Principles and Theories. Hands-on Applications. Philosophy. Chinese Language.

And yes even more.

Sifu Craig likes to help his students develop what he calls “Physical Intelligence.”

He does this by promoting a fine-level of detailed awareness; ensuring that the body is just so; proper structure and alignment of the physical anatomy helping balance, strength and so much more.

Aside from that, he does not support the idea of buying rank. “Instead,” he says, “everyone moves at his or her own pace. On the other hand, if they believe they are ready for the next material, I’ll check and see that they truly are.”

“Conversely,” he continues, “communication is a two-way street. If they are starting to feel a little overwhelmed, I need to know to back off a little bit. And then we will simplify and establish focal points of drilling for that individual student. It’s great to have a lot of cool Kung Fu stuff to practice, but if you don’t really know what to focus on, it’s easy to get lost.”

Without a doubt, martial art students get used to hearing certain sayings from their instructors. Teachers tend to have a bag of favorite admonitions, reminders of principles to keep in mind. A small listing of some of Sifu Craig’s quotes and focal points in his teaching:

See what some of Sifu’s students have to say in our Reviews & Testimonials or read Change: A Kung Fu Class Review.

It should be noted that, like most people, there is more to Sifu Craig Kiessling’s life than just these things…

Outside of the Martial Arts

“Like most people, I imagine,” he says, “I had to pare down my side-interests as I got older. There just isn’t enough time to get into all of the interesting things life has to offer. But I’ve gotten into a lot over the years.”

When not actively engaged in martial arts or related activities, Sifu Craig enjoys reading both fiction and non-fiction. He enjoys music. “Although my genres of music-interest are fairly wide, I’m not much of a concert person. For that kind of thing, I prefer small, intimate settings of acoustic.”

A subscriber of Netflix, he also enjoys a wide variety of TV shows, movies, and Documentaries – both foreign and domestic. “But,” he says, “I just recently bought us a Roku TV…And WOW!”

Aside from work and teaching-related activities online, Sifu Craig says he wouldn’t call himself “a legit gamer, really. But I do play a lot of online games. I’m just not that very good at them. They’re fun though.”

When asked what types of games he enjoys, Sifu Craig says “mainly MMORPG (Massively Multi-player Online Role Playing Games). I played DnD (Dungeons and Dragons) as a kid and MUDs (Multi-User Dungeon) in junior college, so I guess it grew from that nerd side in me. Some FPS (First-Person Shooter) I play as well, from time to time. I have quite a few games on my computer; it just depends on what I feel like playing at the time.”

“Although,” he admits, “I do have an iPhone, so I have a few casual games I play as well. Come to think of it…I actually wrote the questions and answers for a Martial Arts category on a popular trivia/quiz app-game. But the developers mistyped some of them. Grumble Grumble.”

He also enjoys physical games like Mahjong. “I learned to play it when I lived in Singapore and when I came back, I ended up teaching quite a few people how to play. It kinda grew into a thing; we were hosting Mahjong parties several times a month, with attendees numbering close to 30. We taught. We played. And we even held challenges. Just pretty great times. I was even in the midst of building a local organization, but that kinda fell through. But I still love the game.”

He clarifies that the Mahjong game “is not the online or computer solitaire tile-matching game. No, this is where that game was inspired by. It’s a 4-person (although fewer can play – it’s just not as fun) table game. Like martial arts, there are a variety of styles. Although I know a few, I usually end up playing HKOS (Hong Kong Old Style) or a Singaporean variant.”

Sifu Craig Kiessling is a native of Atlanta, Georgia, having been born and raised in the North Atlanta areas of Roswell, Alpharetta, and Dunwoody. “Yeah, those places are very different today than when I grew up there. If you look at the Wikipedia entry for Roswell, Georgia, and scroll through – I’ve got a personal story about each and every place shown in the photographs. Lot’s of memories…”

There is a lot to Sifu Craig. “The rest, and probably more interesting bits,” he says, “they’ll have to learn in person. We often hang out socially after class, have some drinks, and share stories. They can get a lot from that.”

Here are a few interesting tidbits that you might not have guessed about Kung Fu Sifu Craig:

Sifu Craig currently lives near downtown Decatur with his wife, daughter, and cat.

For a more personal look, check out the Hiyaa Martial Arts Podcast Interview with Craig, or visit his personal website at www.craigkiessling.com. You can also read about the history of PATHS Atlanta Kung Fu in Our Story.